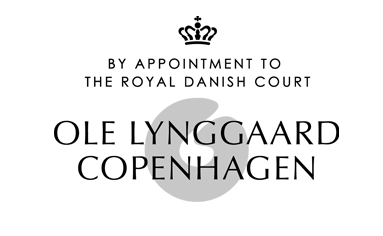 Ole Lynggaard Copenhagen was established in 1963 by gold-smith and fine jewellery designer Ole Lynggaard, who, after having studied and worked in Germany, Paris, New York, San Francisco and Japan, came back to Denmark and bought a small workshop.

His wife, Karin Lynggaard, has supported the family in the continuous development of the family company. Creative Director and daughter of Ole Lynggaard, Charlotte Lynggaard, who is a goldsmith and designer like her father, joined the company in 1987.